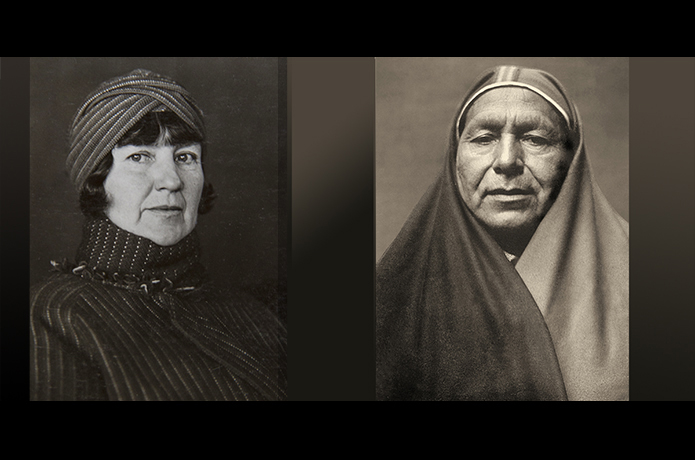 Donate to our crowdfunding campaign:
Awakening In Taos:
The Mabel Dodge Luhan Story

Help us raise finishing funds
for our 3-Year National Broadcast
Agreement with PBS!

Awakening in Taos has won awards at film festivals and been screened at major museums, Universities and broadcast over 200 times on PBS affiliated stations. We have now been given an opportunity to take the film to the next level with a 3-year broadcast agreement with PBS. That means that the entire network will be behind broadcasting our film, and we expect 2,000 and 5,000 possible broadcasts on 350 regional stations over 3 years.

New Mexico is still recovering from the financial impact of the pandemic lockdowns which devastated our hospitality industry. The nationwide broadcasting of this film will greatly benefit New Mexico, bringing attention, enthusiastic visitors, increased commerce, ski enthusiasts and cultural tourist dollars to our screenings.

Please help us raise finishing funds.
We have been asked to prepare the
film to PBS National standards.
We need to raise $15,000.
A complete budget is
available upon request

Awakening in Taos: The Mabel Dodge Luhan Story
Please give, at the selected level that works for you.
It will be deeply appreciated by our team.

Scroll down this list and find the financial level that’s most comfortable to you.

This is a SECURE TRANSACTION

ABOUT
Awakening In Taos, LLC is a Santa Fe, New Mexico based video company. We are dedicated to making films in New Mexico about the people who live or have lived here, interwoven with our art, architecture and cultures. We are partnered with Recursos de Santa Fe, our fiscal agent, a 501(c)3 non-profit arts foundation. Donations are tax-deductable.